50 years ago next month, the first man walked on the moon. Today there's a wealth of things to read and learn about that event. A few people have asked me things that are worth the time to get more background for the Apollo 11 50th Anniversary.

Note: This post has Amazon Associates links to films and books, so if you choose to buy stuff using these links I might get some pennies.

Here's a (completely non-exhaustive) list of things I've enjoyed that you might too. There is of course plenty more out there to read and enjoy.

Before I start, here's Vox's beautiful video of the summary of the mission - useful if you're not up to speed of the details of the moon landing.

This film is a good place to start. It doesn't actually cover the Apollo program - it follows the astronauts that came before Apollo as they embark on Mercury missions in the space race against Russia.

It was originally a book by Tom Wolfe, but for the purpose of following Apollo 11 the film is a good way to see the history of the NASA space program in a quick fashion.

It also gives a good introduction for how astronauts were recruited and trained, which helps for further reading, as a lot of the books recommended here cover that aspect.

Buzz's book covers less of Apollo than one might expect - for such a towering achievement, it doesn't fill a lot of this. The book follows Buzz's history before the space program as a Korean war pilot and aboard Gemini 12.

The book's true value is in how it shows the knock-on effects of landing on the moon (and being the second man on the moon - Buzz was certainly competitive). Imagine thinking that you will never achieve anything better than that for the rest of your life!

After Apollo, Buzz fell into alcoholism and got divorced, and the book illustrates how he clawed his way back to enjoy life. Buzz today is a fantastic advocate for space exploration and getting to Mars, and is the oldest person to reach the South Pole.

This podcast is still ongoing, and is currently up to episode 7. It covers the various aspects of the Apollo 11 landing, from the computers on board, the team at mission control, the politics, and the missions that happened beforehand to lay down the groundwork for Apollo 11.

Has great interviews with the men and women that were right there, and gives good visibility into the mission beyond the three men in space. The Apollo program was groundbreaking not just in exploration, but also in advancing the technologies we now take for granted.

Also, it has a fantastic theme by Hans Zimmer.

Michael Collins is the third man of Apollo 11 - the one tasked with remaining in Columbia in orbit around the moon while Armstrong and Aldrin descend to the moon's surface.

He captures the feeling of loneliness as he finds himself on the opposite side of the moon, completely alone, knowing he is the furthest human from Earth at that time.

Probably my favourite writing of all the astronauts, Collins is an evocative writer and he's written a number of other books I'm keen to read. 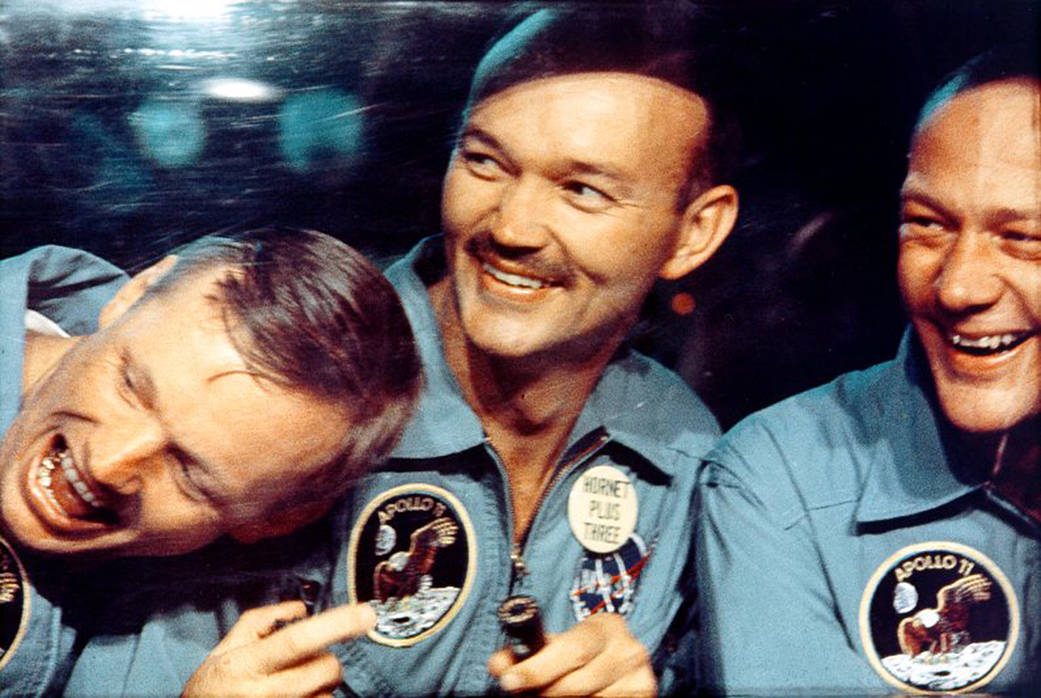 This is a gorgeous remaster of 75mm footage, following the Apollo mission from start to finish. Heartpounding and tense, it uses it's score and real audio to tell the story. The remastered footage is breathtaking, and they even manage to sync up silent footage with original radio recordings, so you can see and hear Mission Control team members talking.

It's out on blu-ray in November.

Neil Armstrong never wrote a book about his own life, but Hansen's book is the closest we'll get to it, as First Man was written with his input.

It was made as a film in 2018, and it's a great watch. Ryan Gosling is excellent as Armstrong and the film does a great job of showing the (sometimes strained) relationship with his wife, Janet (Claire Foy) but also the drama and tension of spaceflight.

Much like the other books, the moon landing itself is a relatively short part of it - the intensive training and long nights are a focus here.

Gene Cernan was the last man to walk on the moon as part of Apollo 17. This book serves as a good end to the stories I've listed here. It's also a documentary, which is on Netflix too.

Made with assistance from the Armstrong family, this is a emotional look into Neil Armstrong's life from 1930 to 2012, with tons of never before seen Super-8 footage from across his life. It's a veritable treasure trove of film, narrated in Armstrong's words by Harrison Ford. Its in cinemas (July 15th) and out on Blu-ray at the same time.

Across July, the BBC will be broadcasting tons of programmes, including Chasing The Moon.

There are a ton of other books and films to watch relating to Apollo 11 and the space program - next I hope to read Apollo 13 and watch Hidden Figures.